Nuclear Fusion: A Dream Technology of the 21st Century. However, it is a technology with many unresolved issues, and it is also a field that requires a pioneering spirit.

We are a laboratory conducting fundamental research into nuclear fusion plasma physics.

A nuclear fusion reactor's objective is to harness the enormous amount of energy generated when atomic nuclei as light as hydrogen fuse together and become a heavier atomic nucleus. As a means of nuclear fusion power generation, it is expected that nuclear fusion reactors will be put into practical use in the latter half of the 21st century. However, there are still issues to be resolved before it can be put into practical use and researchers around the world are working hard to advance their research to solve those issues.

"Many unknown areas in the field of nuclear fusion still exist. To figure these out, we need to capture the various kinds of phenomena that occur during experiments, and understand the meaning that this experimental result holds. By clarifying each of these data, I think that we will come closer to the actualization of utilizing nuclear fusion. This is what makes our laboratory interesting and worthwhile," says Professor Tobita of the Laboratory of Fusion Plasma Diagnostics and Advanced Plasma Confinement.

This laboratory conducts fundamental research in nuclear fusion plasma physics. We also develop diagnostic systems for the promotion of related physics research in maintaining bursting in nuclear fusion reactors. In addition, we also aim for physical and technological advances in magneticaly confined plasmas. 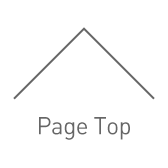